Today's --- January 18 -- Astronomy Photo of the Day was guest edited by Professor Michael Rutkowski.  The photo today provided a view of the MACS06547 galaxy cluster, imaged with the James Webb Space Telescope.  Originally the cluster was observed with the Hubble Space Telescope but many of the lensed sources were poorly resolved -- with JWST though the structure of the galaxies is quite clear.

Provided below is the cluster image itself, originally produced by the STScI. Full commentary is provided at the website apod.nasa.gov. Note APOD is a daily service of NASA to provide the general public with a sense of the wealth of discoveries and beautiful astronomical images produced each day.  Feel free to peruse previous posts by navigating at the bottom of the APOD website. 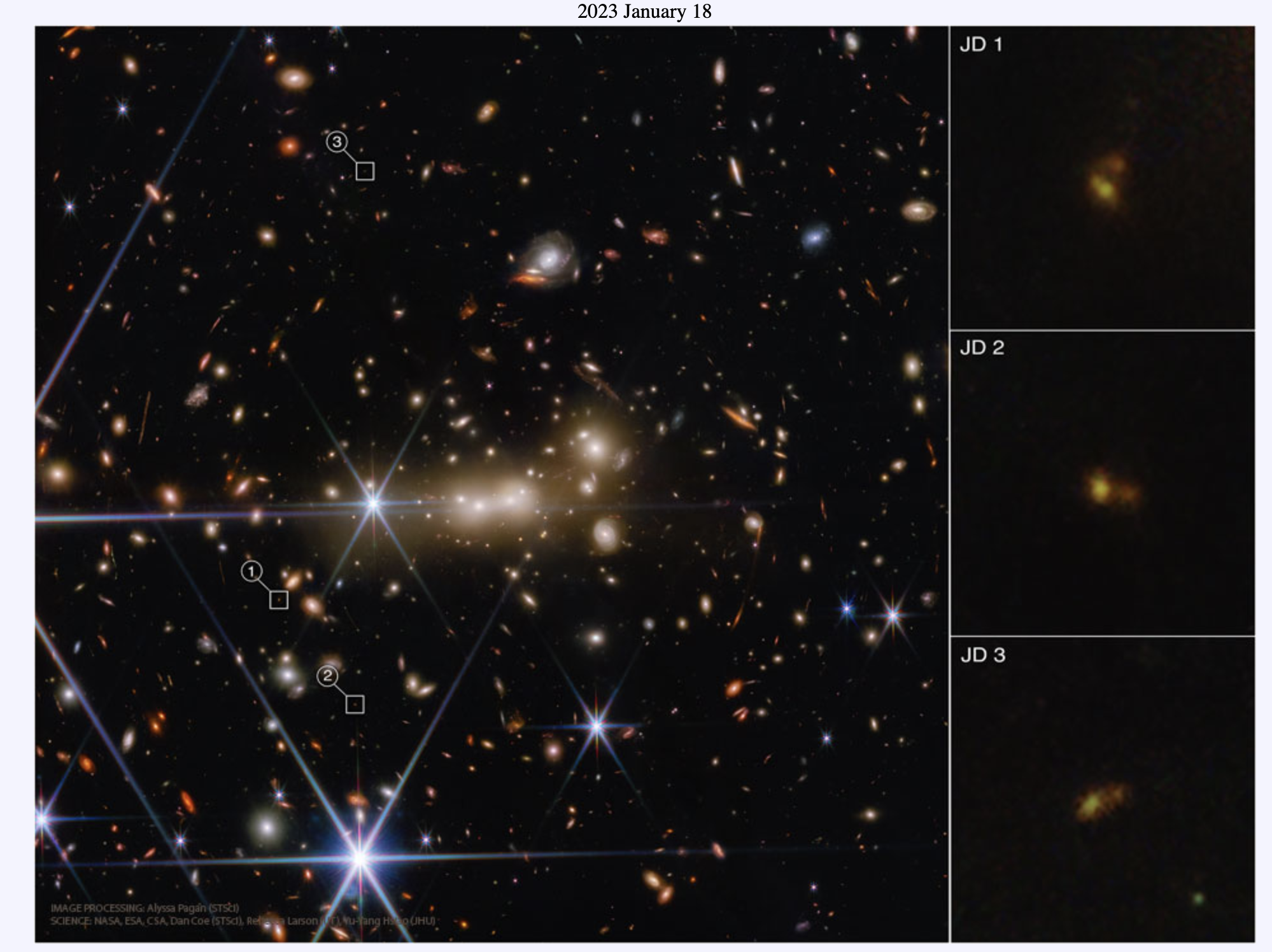