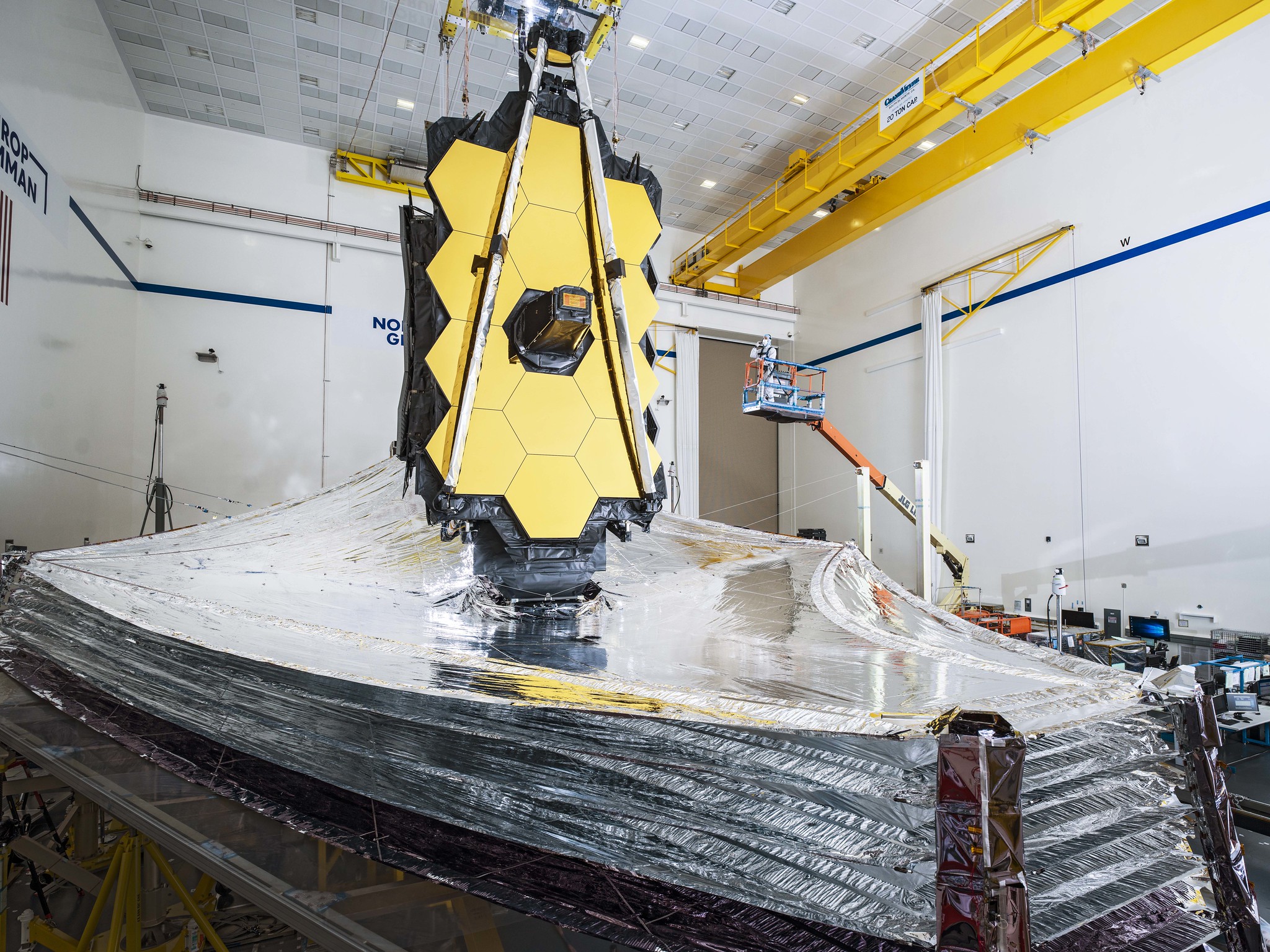 Pictured above: The SIM and Mirror assembly has been integrated with the radiator shield in one of the last steps before JWST is shipped to French Guiana for launch (Photo Credit: NASA)

Minnesota State-Mankato's Research Month started early for Professor Michael Rutkowski in Astronomy with the announcement by the Space Telescope Science Institute that targets of interest within his research would be considered as part of the first round of public observations to be made when the James Webb Space Telescope launches on 30 October 2021.

Rutkowski is a member of a consortium which was awarded nearly 600 hours (~24 days) of parallel spectroscopic observations of intermediate redshift extragalactic deep fields for the study of star formation, galaxy evolution and the formation of dust. The Primary Investigator of this program  --- PASSAGE: Parallel Application of Slitless Spectroscopy to Analyze Galaxy Evolution --- is Dr. Matthew Malkan at UC-Los Angeles and consortium members are located in the US, Europe and Australia. The first round of general observations to be made by JWST will have a duration of approximately one year,  beginning in late Spring 2022 and continuing into the following Spring of 2023.   Approximately 60000 hours were requested of primary science time, with 6000 available, in the first proposal.

Students who are enrolled in the physics major, astronomy minor, or computer science major are invited to contact Dr. Rutkowski here about opportunities to engage in this cutting-edge research when the data become available.   Dr. Rutkowski is also affiliated with a guaranteed time program with JWST led by Arizona State University which will provide additional opportunities for MNSU student to be amongst the first astronomers in the world to make use NASA's JWST upon launch.