For the first time in two years, the American Astronomical Society -- which has hosted Winter Meetings since 1899 -- hosted its largest in-person meeting of astronomers, astrophysicists, engineers, and data scientists of the year at the Seattle Convention Center during the first week of the new semester here on campus.  And MNSU was there.

Preston Finger, first year graduate student in Physics and Astronomy, has been funded over the past year by STScI/NASA to perform a novel analysis of archival data to determine whether a standard assumption in extragalactic astrophysics -- that star-forming galaxies are devoid of a particular species of dust common to the Milky Way galaxy. Surprisingly, initial results from his study has shown that in fact a minority (~5%) of such galaxies do in fact host such dust species, which could have implications for these galaxies to reionize the early universe.

Pictured below is Preston Finger, discussing the results of his efforts with a conference attendee. Following the return to campus this week, Preston anticipates completing an article on this effort and submitting for publication this year. 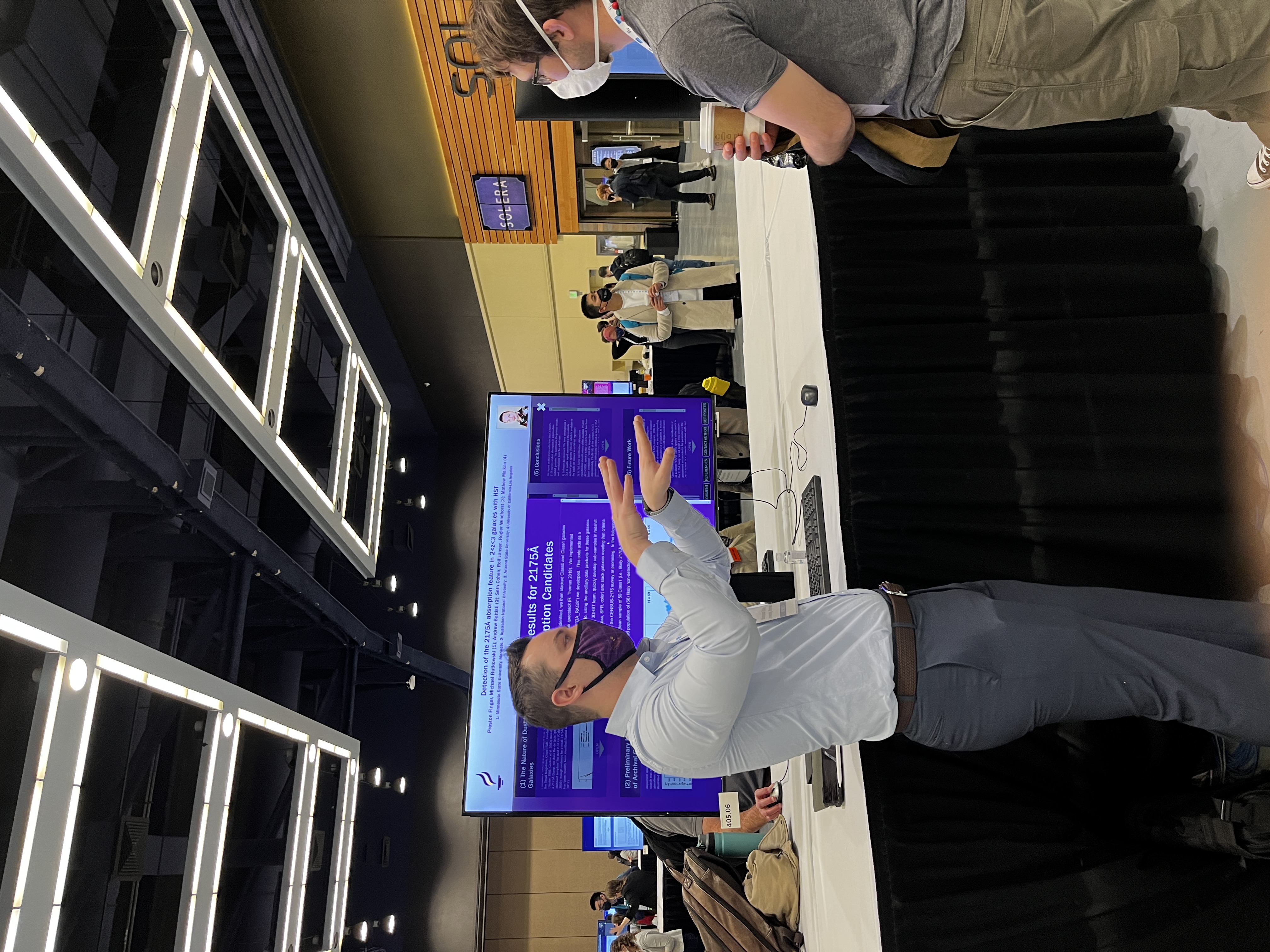