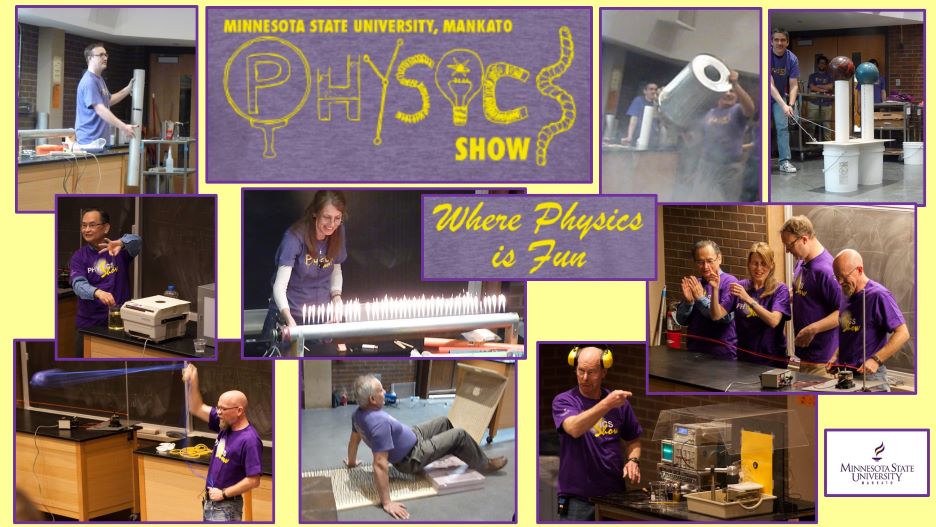 The Physics Show is a demonstration of physics "magic" by MSU physics professors, staff and students. The show is intended for the general public, especially for the elementary and secondary school students. Unlike the magic shows performed by magicians, where they keep their tricks secret, the physics "magic" can all be explained using simple physics principles and can be performed at home with some practice. The purpose of the presentation is to show people that physics is an experimental science, it is exciting, and it can be a lot of fun!

Examples of demonstrations you may see at the next Physics Show: